This content is © 2020 Jordi Chias | All rights reserved.
Cart 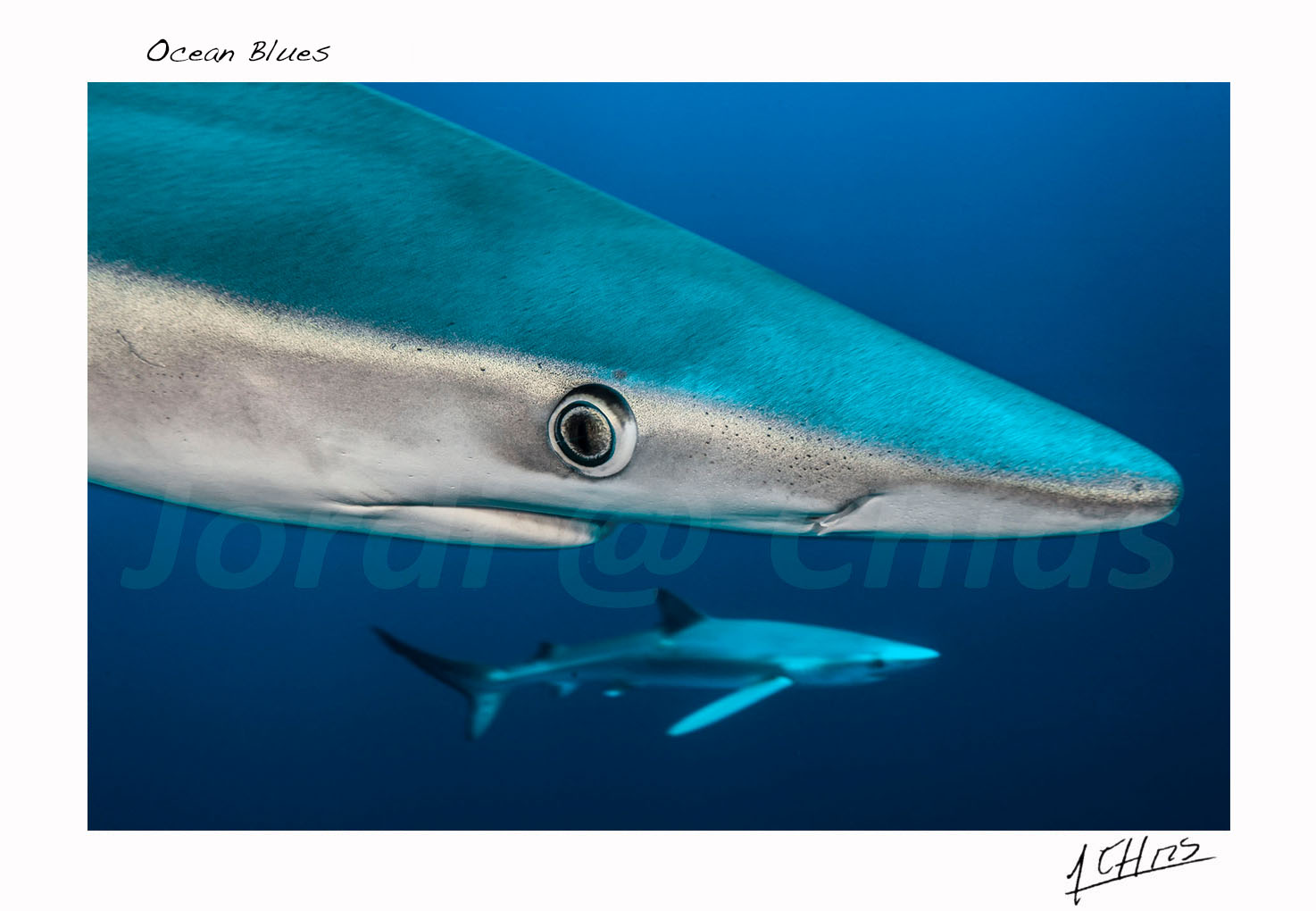 Blue sharks are widespread and presumed abundant, though there are no population estimates. They migrate vast distances across the Atlantic, feeding mainly on bony fish and squid. But there is concern for their future. They are the most heavily fished shark species, with an unsustainable annual catch estimated at 20 million, mostly through longline and drift net fishing by-catch. Many are caught in European waters by Spanish and Portuguese fishing boats, and their fins are sold to the Asian market.