Some days ago I had the opportunity to try the new Canon 5DsR (thanks to Foto Casanovas). This is the new Canon flagship, in terms of resolution, with its new 50Mpixels sensor and the Digic 6 processor. The Japanese manufacturer launched two versions, the 5Ds, with low pass filter, and the 5DsR, without low pass filter, which gives an extra sharpness at a cost of producing some moiré (quite uncommon underwater). Surprisingly the camera has exactly the same body than mythic, and already old, 5DmkIII, which allowed me to use the camera in an existing housing.

With only a couple of days with the camera I had not enough time to do an extensive test, so I decided to enjoy it and take some photos to know how it performs in a normal dive compared to the 5DmkIII. My main goal was to conclude if having 50Mpixels is a real advantage underwater, and if this huge resolution is at a cost of any constraint.

My friends at Foto Casanovas also lent me the new 16-35mm f4 IS lens. Canon, as well as other brands, are updating most of their lens catalog in order to being able to reproduce the big amount of detail that the new, and future, sensors are able to render. This lens is very sharp in the whole image and performs extremely well. I’ll talk about the lens at the end.

We did two dives and also took some pictures snorkelling. The first dive was with the 16-35mm f4 IS lens and the second one with the Canon 100mm Macro USM (the old, not L, version). We also took a couple of shots while snorkelling with the 8-15mm but without the right extension ring so I am not sure the lack of sharpness in the corners is because of that. As housing, we used the Isotta 5DmkIII with the 8” glass dome port and a M67ø Macro Port. 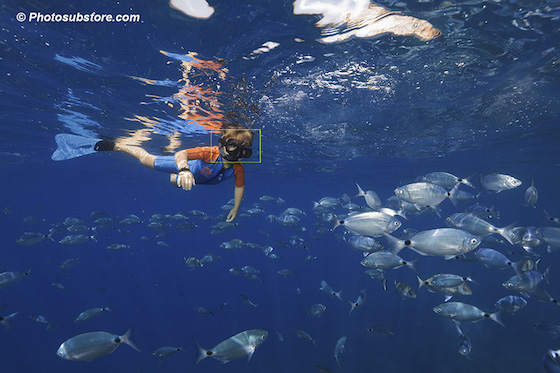 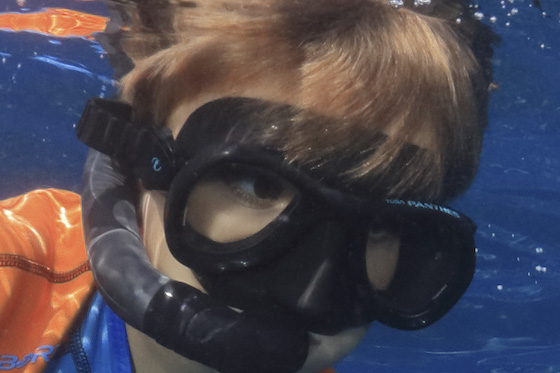 I knew that even before using the camera but when you zoom on the image, even on the LCD, you realize the big amount of detail it offers. To get such a big files, with that amount of detail, have some evident constraints. The amount of data you produce is huge (each RAW file has 70Mb), so you would need high capacity cards (the camera works with Compact flash and SD cards), high capacity hard disks and a computer able to manage big files like this (I had some problems editing the files with my 5 years old Macbook Pro). 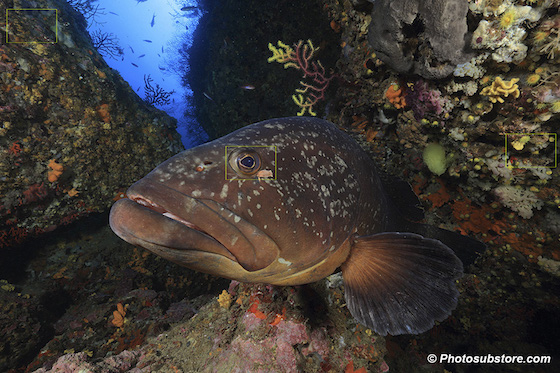 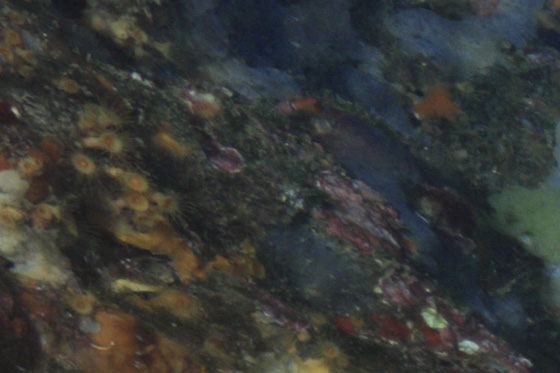 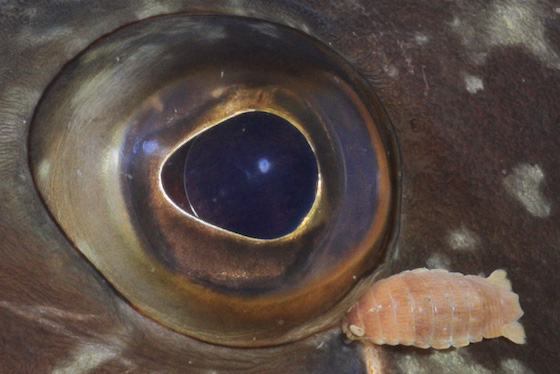 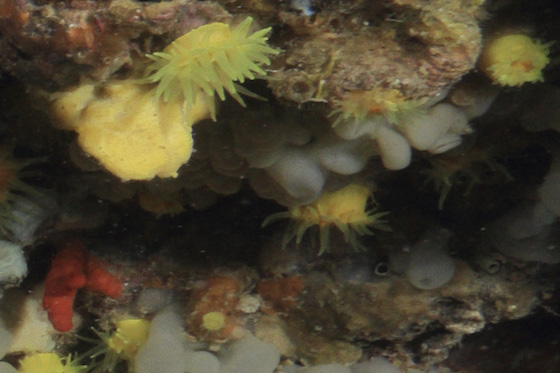 You should know that you will need the best lens you can find out there because that sensor is capable to show you all the defects your old lenses have. It happened to me with my beloved 100mm macro USM; I always thought the lens was enough sharp and good and that I do not need to buy the new 100mm IS USM “L” lens, but of course if I would buy this camera I’d also need to update the lens. I never got amazing detail with the old one, even at f/8 or f/11considered the sharpest f-stops in a full frame camera. Diffraction, a problem which you even won’t consider with camera around 12Mp, it is more that evident when using the 5DsR at high f/stops. You can’t go over f/22, the lack of sharpness because of this optical phenomenon is quite visible. So, macro shooters should stay around f/8 and f/16 if you want to get the best results. 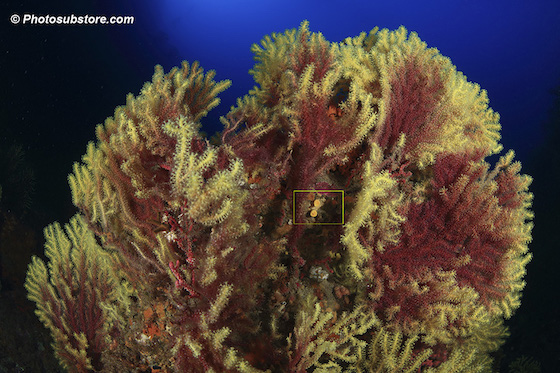 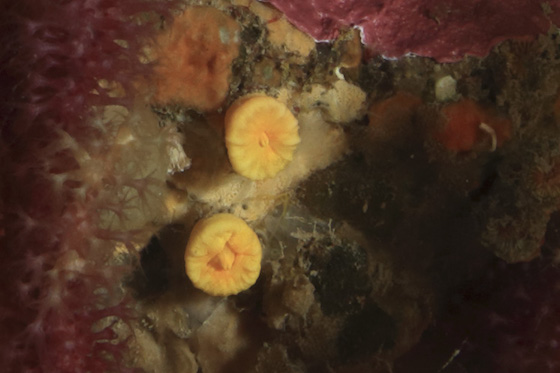 Some photographers say that such a big resolution gives you enough margin to crop and still have a huge image, and I even heard someone telling that since he uses this camera he has stopped to use magnifying lenses for macro, he crops and that’s all!! Putting aside ethical considerations, I prefer to avoid cropping if possible mostly because a big magnification together with such a huge resolution allows you to get an amount of detail that even your eye is not able to see and that you can explore during edition. 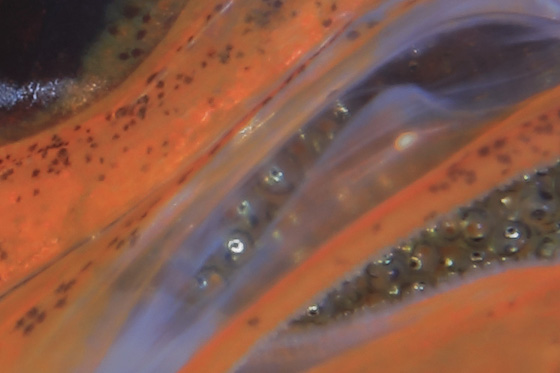 I am a wide-angle shooter, so it is in this terrain where I have found more advantages on shooting this resolution. Ten years ago I bought my first full-frame camera, the Canon 5D, a 12Mp camera that supposed a great leap forward then. Now, the 5DsR has 4 times its resolution, so you can divide a 5DsR picture in four and get 4 images the resolution the old 5D has. This is a good advantage when you photograph some shy and fast animal that won’t give you many opportunities to get the right shot, so even if you are not close enough to fill the frame (and most of the time you are not close enough!!) you can crop a little bit, have a better composition, and still have a high resolution image. 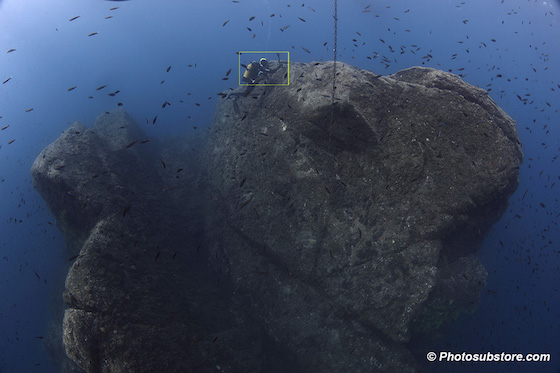 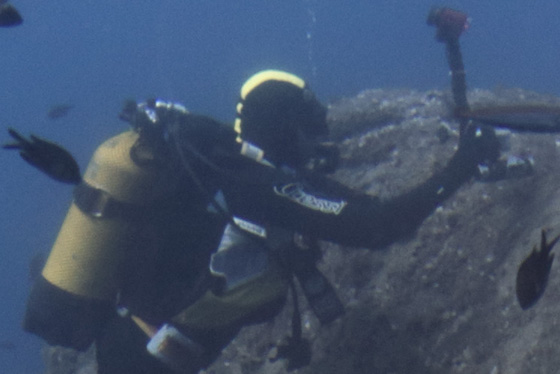 One the most significant improvements of the 5DsR, resolution aside, is the speed. The new processor, DIGIC 6, let’s you take 14 Raw pictures at 5 images/second burst rate (510 jpegs) with UDMA 7 cards. This is a lot of data!!!

The 5DS R also introduces three new in-camera crop-shooting modes – 1.3x (APS-H), 1.6x (APS-C) and 1:1 – with these crops being visible in the viewfinder. However, there’s no increase in frame rate using these options.

In terms of AF Speed the 5DsR uses the new system already implemented in the 7DmkII with some new features like the iTR (Intelligent Tracking and Recognition) which tracks faces and colour.

The ISO performance is quite good, although I have not taken pictures at very high sensitivity (maximum at 640iso). The noise presence seems very low for such a high resolution and close enough to cameras like the 5DmkIII.

The video capability does not represent an improvement over the 5DmkIII, in fact in some cases it has less functions (lack of audio jack, for example!). It is clear that Canon targeted this camera only for photographers.

The 5Ds and 5DsR are new “Queens of Resolution”. The amount of detail theses cameras can capture (mostly the 5DsR) is amazing and there is no other full-frame camera able to do that at this high level. The camera is also very good in terms of AF speed and precision, and the buffer is surprisingly fast for such a big amount of data. So, if you use the best lenses available, you have a very accurate technique and the conditions are good, you will get pictures with an incredible amount of detail and you’ll be able to print them very, very big… but, being said that the real question is: do we, underwater photographers, need that resolution? For me the answer is “you need the best conditions to take profit of that”. Why? Because in most cases, as underwater photographer, I won’t profit that resolution improvement. Unfortunately, underwater there are many factors that are conditioning the sharpness and details: water visibility, colour absorption, particles floating, lack of light, etc. So only in ideal situations, with lots of light in clear water and subjects that let you get close to them you will profit of this huge resolution. In fact, at least for me, with a 20 to 24 Mp should be enough and I’ll prefer a better iso performance, higher burst rate, higher dynamic range or more advanced video capabilities. But if you need high resolution this is the camera to go.

The rectilinear ultra wide-angle lenses have been a real nightmare for underwater photographers, mostly for those using full-frame cameras, because of the lack of corner sharpness behind a dome. Most of those lenses only perform well when you use a huge dome (9,3” dome is the best) and when you stop down over f/8, getting the best results over from f/11.

The new 16-35mm F4L IS USM it is a great performer, not only on land, but also underwater. I have been really surprised of the good corner performance even using an 8” dome port (mostly at f/11 and over). Stabilization works very good also, and it is useful with a high-resolution camera like 5DsR. This is a real great lens.